How to make a million credits in an hour of SWTOR

I can’t help but attempt to find some of the most efficient ways to make credits in Star Wars: The Old Republic. I have written guides on how to make credits through dailies and how to be extremely efficient about accruing money, and normally, I would link you to my former articles because many still hold up, but any previous guides that I made about making money can now be thrown out the window because with the launch of Update 4.0, the whole meta-game has changed.

Many long-time players have found their own ways of making a lot of credits in SWTOR. It’s not that difficult, really. But when I say that earning credits in this game isn’t very difficult, it doesn’t hold much weight because I’ve been playing the game since before launch. And let’s be honest, I have a lot of junk just lying around begging to be sold on the GTN. But Knights of the Fallen Empire changed the game for everyone, and you don’t just have to take my word for it: This article is the evidence. 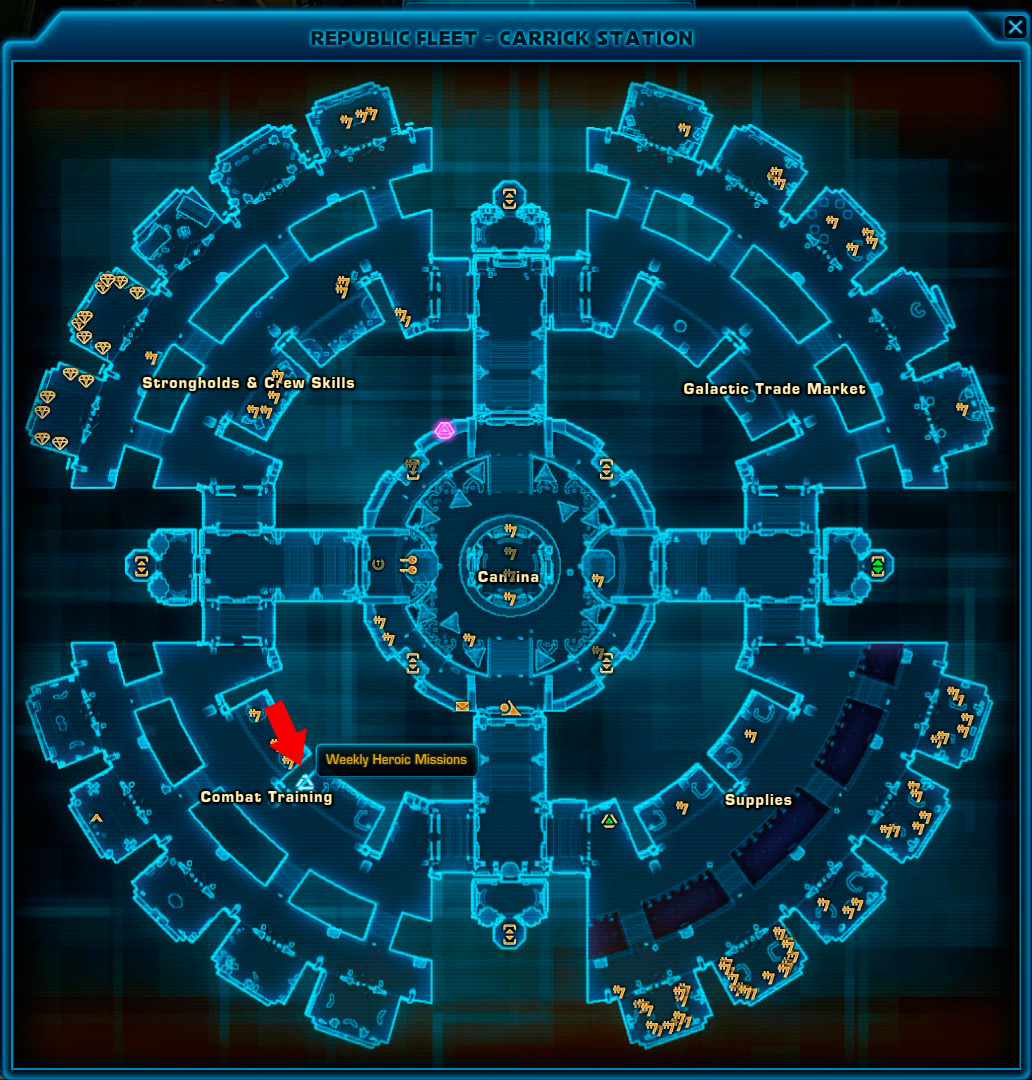 Now that the hype of the new and improved story has faded, it’s time to figure out some other things to do in the game. Of course, there’s queued, instanced PvP or taking on the biggest baddest boss from last year’s operations. You need a new goal. How about that Wealthy title you earn by having 10 million credits? We will teach you how to earn that wealthy title really quickly with a guide on how to make a million credits in an hour or less.

Republic players will have to forgive me because I know the stats from only the Imperial side. The quests are slightly different on the Republic side, but the overall principle is the same.

To start the money-making venture, you need to be level 65 and get three level-65 friends. It works best and fastest if you are in some sort of VoIP program like Mumble or TeamSpeak – that way coordination works quickly, and you can complete some of the quests faster. In fact, if you are a well-oiled machine, you might be able to finish the quests faster than I list here.

When all these quest are completed, you will have earned 1,063,652 credits. And according to a couple of Reddit posts and my personal timing running through these particular quests, it should take an hour or less to finish all 14 of these quests.

Why does this work?

I know that some of you are doing some fast math and thinking, If I add together all the numbers in the far right column with the column next to it, I get only 450,428 credits. How in the world do you get a million credits from that? Do you count selling off some items to the vendors? The answer to the second question is simply no. The answer to the first question is a bit more complicated and the reason I’m making this guide in the first place. 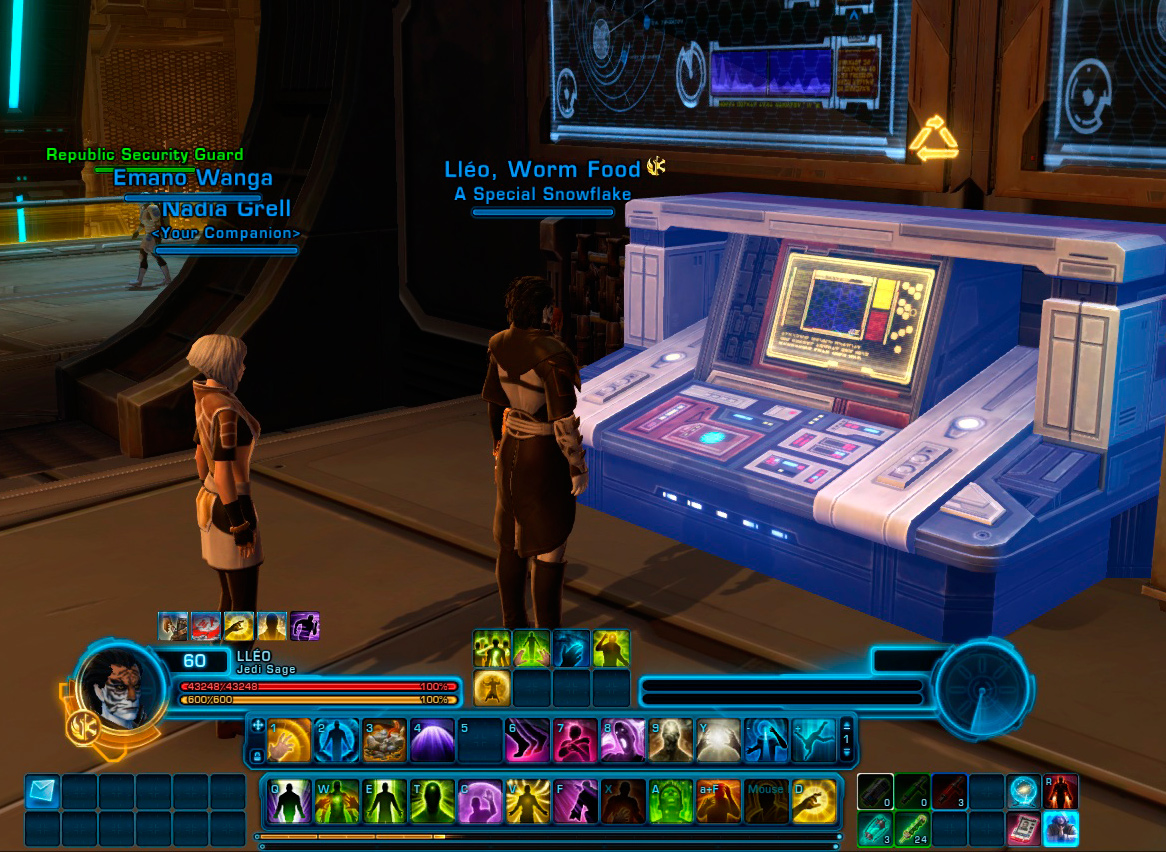 Choose the missions listed in the table above

Instead of earning 204,480 as you would if you were to do each bonus by yourself, you will earn 817,632 credits if you have a group of four. It only makes sense to try to group up with as many people as you can.

I don’t think that I need to emphasize this at all, but I’m going to anyway because it’s important. Always, always, always do the bonus quest first, even at the expense of doing main part of the quest. The best example of that in the list of quests that I gave is Jawa Trade. In that quest you slaughter a bunch of Jawas and their droids for droid parts. It takes only three droid parts to finish that quest, and since 4.0, Heroics complete on their own. That means to finish the bonus kill-quest, you have to not loot the Jawas and droids as you kill them, no matter how shiny the beam of yellow light is. In this case, kill all the Jawas and droids first, then loot them. 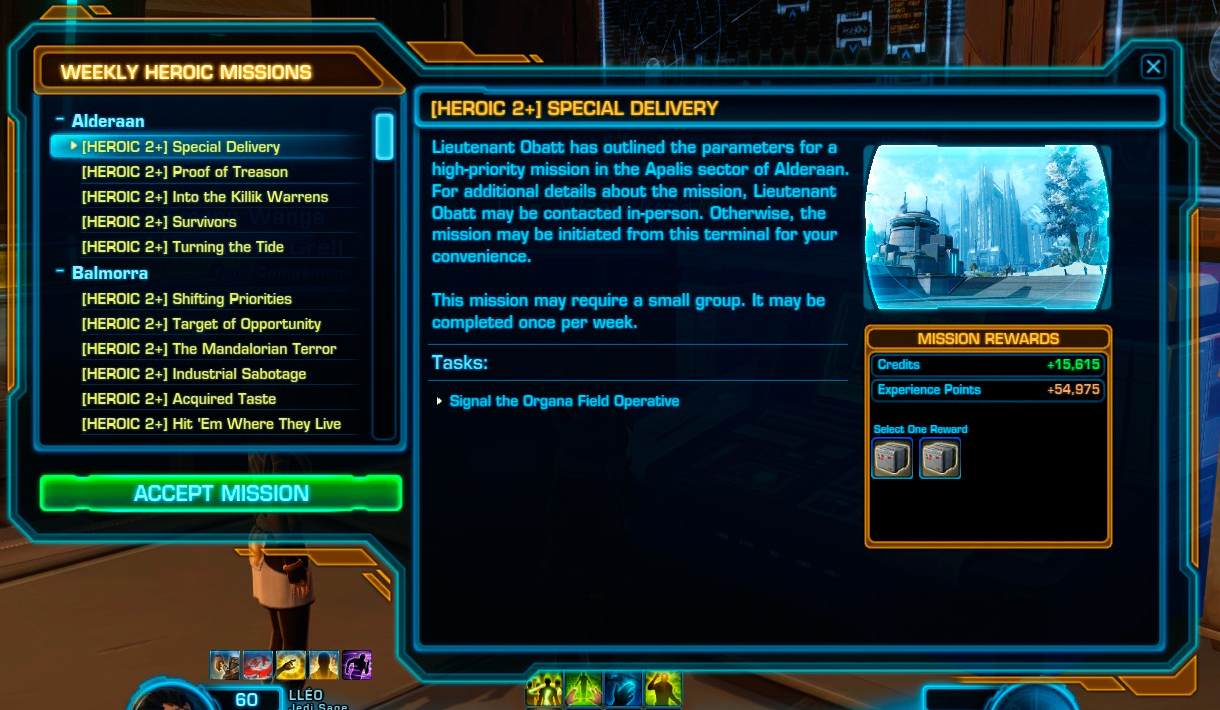 Some of the quests that I listed are open-world and not instanced. That means there might be other players fighting your for kills if your server is highly populated. Generally, the open-world quests that I listed aren’t too bad unless there are a very number of people running the quest. If that happens, then I would suggest running the quest in another instance of the planet.

Although I have roughly timed these quests myself, there were a few people on the SWTOR Reddit that agreed with me, in particular the player who made the spreadsheet I used. If anyone in the comments has the name or Reddit handle for the person who made that spreadsheet, let me know because I would like to give him or her credit.